The secrets to shooting success. 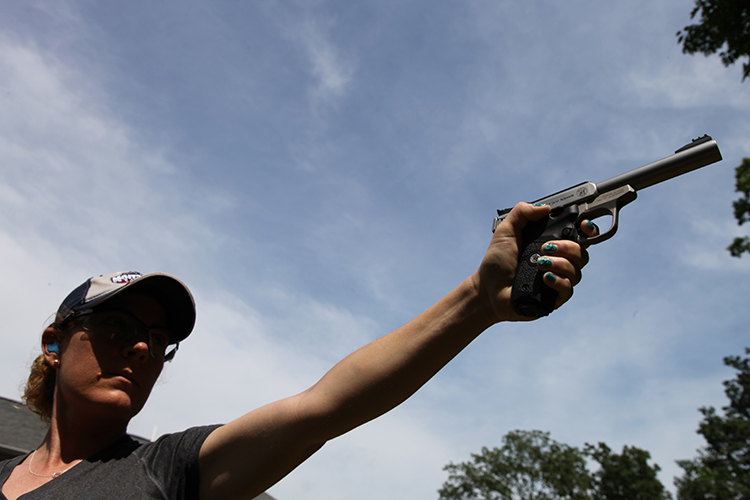 Image Courtesy of Henry Spencer
Whether shooting formally in a match or just plinking at improvised targets, shooting fundamentals remain the same. Smith & Wesson’s Victory model .22 LR semi-automatic is a modular, easily modified pistol that can introduce a novice to target shooting and evolve with the shooter as they improve. Of course, it can also be kept stock as a “fun gun.”

There are many reasons why shooting is such an addictive pastime, not the least of which is the level of difficulty involved balanced against the potential for perfection. From rank amateur to seasoned professional, the thrill of hitting the target never diminishes. Whether it’s an official slow-fire bull’s-eye target or an old tin can leaning against a dirt berm, putting your shot exactly where you wanted it brings a smile of satisfaction.

To use a food analogy, the problem is we crave another taste of success, but often don’t know the particulars of the recipe for making it happen again. Even with diligent and careful practice, there are those times when it just seems your shooting is missing something, that secret ingredient for putting the bullet right there.

That secret ingredient—the one thing you need to complete the recipe and satisfy the craving for success—often takes the form of a tip. In seeking that tip, we turn to coaches, classes, books (and, often woefully, the internet). All can be good choices, but sometimes all you need to suddenly make serious progress is a well-considered phrase that lets you understand what you’ve been doing wrong—or simply how to do something right. We memorize it, we recite it, we sometimes shorten it to an acronym to make it even easier to remember. And, because we’re shooters, we share it with our compatriots. What follows are some of the best tips I’ve gotten over my many years of shooting rifles and handguns, many from pros, but also those most appreciated by my friends who shoot and shoot well.

Image Courtesy of Henry Spencer
Bone support is important in rifle shooting, where fatigue can become a factor. Muscles strain and quiver under prolonged use. Bone-on-bone support allows for more accurate shooting over longer periods of time.
Share

How To Shoot Big Game Accurately at Long Range

Cleaning Out the Gun Safe

What Type of Shooting Sport is Right for You?