Here’s how to find public land, scout for sign, field-judge whitetails, and pick guns and loads to make a killing shot. 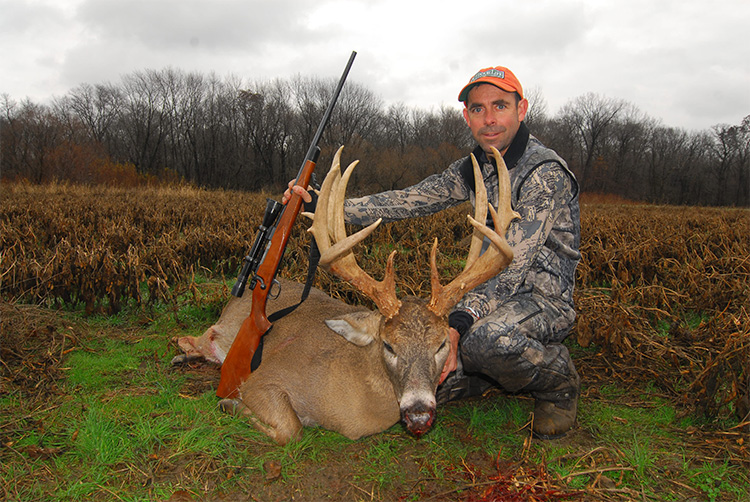 Photograph by Andrew McKean
A trophy buck, like this Missouri whitetail, is a pinnacle achievement for most deer hunters.

As much as America is a country defined by grit, franchise hamburgers, and interstate highways, you could also say ours is a nation defined by deer. From corner to corner, coast to coast and most places in between, whitetail deer co-inhabit our landscape. They also fill our freezers, and this fall is your chance to have the best deer season of your life, whether it’s your first whitetail hunt or your latest.

If you go by numbers alone, there has never been a better time to be a deer hunter. The national deer census estimates some 30 million whitetails occupy our United States. Throw in another roughly 4 million mule deer, blacktails, and other species of Cervidae, and America truly is the land of opportunity for a deer hunter.

We’ll concern ourselves with whitetails for the purposes of this piece, both because there’s so much to say about them, but also because they give hunters more opportunity, challenge, frustration, and enjoyment than any other game animal in the country. Let’s start with where you’ll find them.

Where To Find Whitetails 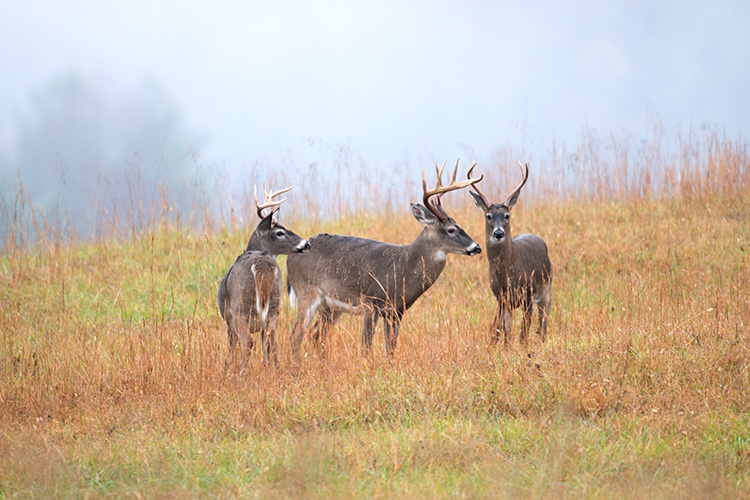 Look for secluded fields where deer feel safe, then scout for whitetail activity in early mornings and late evenings.

It's both true and useless to say deer live everywhere. They watch you from the woods of Indiana and Tennessee, and they bed in the greenways behind subdivisions from New Orleans to Hartford. And just about any evening this month, if you know just where to look, you’ll see stately bucks stepping out of their brushy daybeds.

If you’re a beginning deer hunter, your first job is to find those special places where access, or legal permission to hunt, intersects with whitetail habitat. The simplest—though often not the easiest—place to start is public land.

Nearly every county in the country has some type of huntable public land, whether it’s a state Game Lands tract, wildlife refuge, or federally managed parcel of Forest Service or Bureau of Land Management land. You can find accessible public parcels by using free online maps like the one found on this page, those provided by Google Earth, or you can buy a state-specific mapping package. One of the best is curated by onX maps.

What to Look For 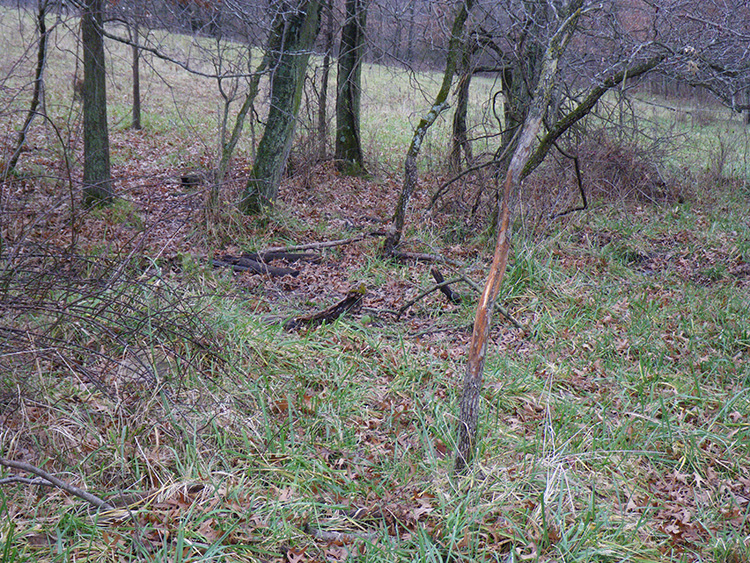 Photograph by Andrew McKean
Scout for rubs, or bare spots on sapling trees that bucks make to define their territories.

Let’s say you’ve found a promising public parcel nearby. Your first job is to scout for deer sign and hunting potential, weeks (or even months) before deer season opens. Here’s what you’re looking for: 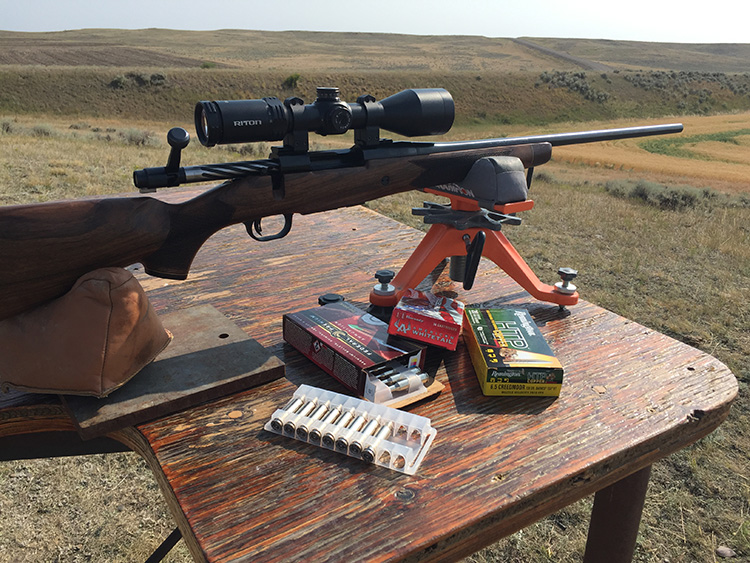 Photograph by Andrew McKean
A classic deer rig, in this case a Mossberg Patriot rifle chambered in 6.5 Creedmoor.

Now that you’ve found a place to hunt, it’s time to gear up. About two-thirds of the whitetails in America are killed by hunters using rifles and shotguns, so we’ll concentrate on center-fire guns first. The definition of a deer rifle is pretty simple: It’s a gun with enough power to effectively kill a 250-pound buck out to about 300 yards that you can shoot well. All the firepower in the world doesn’t amount to much if you can’t hit your target. Similarly, a tack-driving rifle that doesn’t deliver enough energy to quickly kill a deer at distance should be restricted to the target range.

Quick Tip: One of the fundamental rules of gun safety is to always know your target and what’s behind it. But it’s equally important to know what’s in front of your target. When you get set up to hunt, ensure there are no twigs, branches, or even grass in the path of your bullet. And make doubly sure that your shooting path won’t be crossed by people, cars, or anything else you don’t intend to shoot.

If you’re in the market for a first deer rifle, consider the venerable calibers: .25/06 Rem., .270 Win., .30/06, or .308 Win. All have enough oomph to drop a deer out to reasonable distances, ammunition is readily available in a wide variety of bullet weights and styles, and rifles chambered in those calibers tend to be both inexpensive and widely available. But also keep an eye open for relatively new calibers, including the hot 6.5 Creedmoor, new 6.5 PRC, or 6mm Creedmoor. Then match them with hunting bullets of at least 120 grains.

We are living in an era of inexpensive and accurate deer rifles. Models to consider include Winchester’s XPR, the Savage Axis, Ruger American, Mossberg Patriot, Thompson Center Compass, and even the German-made Mauser M18.

You’ll want a simple but durable scope on that rifle. We are living in a golden age of purpose-built riflescopes, but go with a standard 3-9x42 or 4-12x44 configuration with a simple duplex or holdover reticle. Buy a couple of different ammunition brands and bullet weights and experiment, going with the combination that shoots best in your gun.

Many states prohibit rifles during deer season, but allow shotguns with slugs. We’re also living in the golden age of slug design—these are not the pumpkin-slingers of your father’s era. Good loads to consider are Browning’s new BXS Deer shotshells, Federal’s Trophy Copper Vital-Shok, and the American Whitetail Slug from Hornady.

The rest of your deer-hunting kit is pretty basic:

Optics: A binocular will save you plenty of steps in the woods, and will keep you from guessing whether a deer is a doe or a spike before you raise your rifle.

Rangefinder: A laser rangefinder will help you place your shot.

Footwear:  Don’t skimp on boots. Wear boots that are warm, comfortable, and will keep your feet dry. An uncomfortable hunter is a poor hunter.

Essentials:  A good gutting knife, seasonally appropriate outerwear (camouflage can help break up your profile, but learn and follow the regulations for wearing hunter orange during gun season), and a small backpack to haul your gear and any water and snacks you’ll need for a day of hunting round out your gear.

Phone: Lastly, make sure you have your cell phone and portable power with you. You’ll want to use it to call for help dragging your deer out of the woods. 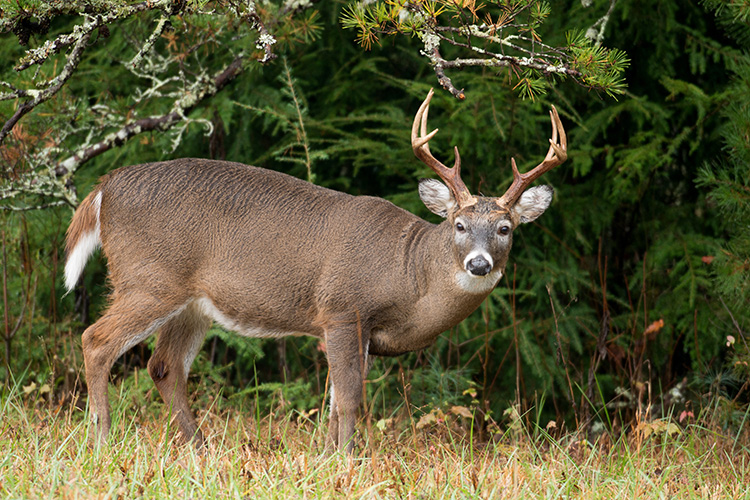 Bucks with antlers wider than their ears with a deep chest, sagging belly and thick antler bases are fully mature 4- or 5-year-old whitetails.

Before we get into how to judge a buck, let’s talk about making a good shot. That starts with judging distance. Use that laser rangefinder, if you have one. If you don’t, then you’ll need to figure out how to accurately guess the range. At your scope’s highest magnification, the vital area on a deer is about the size of the skinny part of a duplex reticle at 100 yards. If the chest area of the deer is smaller than that part of your crosshairs, it’s probably too far to place your bullet accurately. You’re better off waiting for a closer shot at a broadside animal. Place your bullet right behind the front shoulder in the center of the chest as demonstrated in the accompanying video from the Quality Deer Management Association.

So how do you know if it’s a deer worth shooting? I am of the school that any legal deer is a great deer for a beginning hunter, but let’s say you’re holding out for a buck, the bigger the better. Looking at antlers, if the rack extends past the deer’s ears, it’s probably worth taking. If you can count multiple points on each side of the main beam, even better. And if the antlers look as thick as your wrists, take a breath and pull the trigger.

Many hunters hold out for mature bucks. Read his physique. If he has a deep chest and a sag to his belly, he’s probably 4 or 5 years old, at the peak of his growth. And if he also has a swollen face and a roman nose, it’s a good bet he’s going to be an older deer.

A Case For Doe Harvest

Everyone wants to hold out for a trophy buck, but the reality is that most of us will never encounter a wallhanger. Instead of taking just any old buck, consider “spending” your deer tag on a doe, where legal. Remember that statistic about America’s deer population? In many places, that’s too many. Because they’re so adaptable, deer can easily overpopulate their habitat, and when they fill the places they’re welcome, whitetails often spill into places they’re not, like suburban lawns and freeway rights-of-way.

It’s up to us hunters to control populations, and taking a doe is a great way to not only help the herd but bring tasty, healthy protein to your family’s table.

Related Articles that may interest you:

How To Shoot Big Game Accurately At Long Range

Scope Mounting—How To Get It Perfect Every Time

About the Author: Andrew McKean is a longtime outdoor writer and the former editor-in-chief of Outdoor Life. He lives in northeast Montana with his family and yellow Lab. You can follow his adventures on Instagram @aemckean or on Facebook @andrew.mckean.