Predator Hunting—How To Get Started The Easy Way

Extend your hunting season by hitting the field for prime-time winter predators. 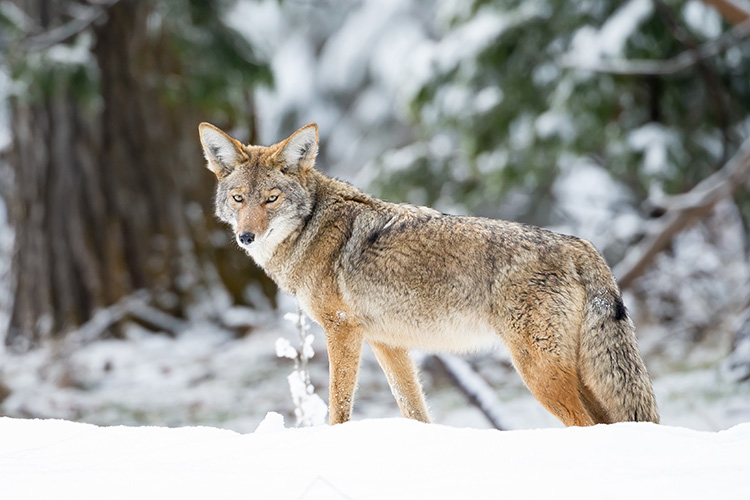 Winter is an excellent time to hunt coyotes. Seasons are long, animals are more willing to come to a call and pelts are in prime condition.

It’s February, and the first turkey seasons are still weeks away. If you don’t have frozen water where you live, then you can’t dull your deer-season hangover with a dose of icefishing.

What you do have, whether you live in Maine or Mississippi, Missouri or Montana, is coyotes, and a growing number of your neighbors are figuring out that chasing them in the dark months is a great cure for the winter blues.

The reasons are obvious:

If you’re like most deer hunters, you’ve probably killed a few coyotes opportunistically, as you encountered them going to or from a deer hunt. And you’ve probably pledged to invest in the gear and knowledge to extend your season by targeting coyotes through the winter. This guide is for you, the educated beginner.

The How’s And Why’s 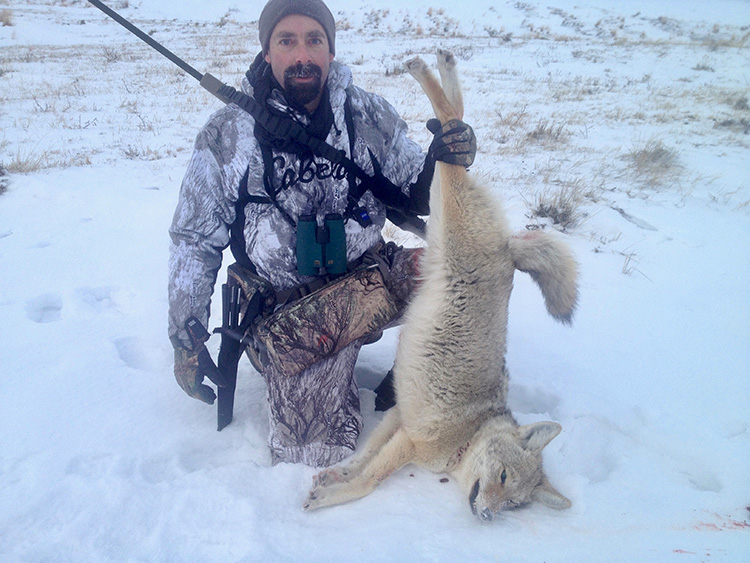 Photograph by Andrew McKean
The worse the winter conditions, the better the coyote hunting can be. The author shot this Montana coyote just after a blizzard tore across the prairie.

First, figure out if your state has a coyote season and license requirements. The National Shooting Sports Foundations “Where to Hunt” page is an excellent source for state regulation information.

Second, think about all the places you’ve had great deer hunts. Your success was dependent on good habitat, access, and knowledge about your quarry’s behavior. The same circumstances apply to coyotes, but the happy coincidence is that places that hold good deer often hold good numbers of coyotes. That’s no accident.

Deer are a coyotes’ prime prey species, and the more coyotes you kill, the more deer that will survive for you to hunt next fall. Of course, as scavengers and opportunistic predators, coyotes will also hunt small game, birds, and snack on roadkill, so generally where you see the most wildlife activity, you’ll also find the best coyote hunting.

A good way to approach a first coyote hunt is to think of it as a deer hunt for coyotes. You want to be just as conscious of the wind direction, the path that a coyote might take, and the distance and difficulty of your shot as you would be for deer.

There are three basic types of coyote hunts:

Looking at the silent stand, your standard deer-season treestand or ground blind can work beautifully, especially if it is situated between deer feeding and bedding areas. Those are the same habitats that coyotes work, so as long as the wind is favorable—that is, blowing away from where you expect to see coyotes—then you should expect a shot.

This silent-stand hunting is not a numbers game. You are relying on a dog to simply show itself, and if you shoot, or do anything to alert animals that you’re in the area, then you might be in for a long, slow day. But you can make good use of your time by observing deer, seeing how their forage patterns have changed since November’s buck seasons, and looking for antler sheds.

You can also blow a predator call periodically to lure coyotes and foxes into range. We’ll cover calls below, but know this about coyote behavior, no matter the stand type: They will almost always circle around your calling location, trying to smell you before they come into view. So, keep a close eye on your downwind side, and try to see and kill a coyote before it sniffs you, or you’ll never see the coyotes that were in your area.

For this sort of coyote hunting, it pays to invest in a long-range rifle and optics. You can’t predict how far out you’ll be shooting, but it could be several hundred yards.

Quick Tip: It can be hard to see coyotes that approach through heavy cover. Look for tell-tale signs, like an agitated magpie or a crow. Watch any small openings downwind of your calling location for a fleeting shot at a moving coyote.

Photograph by Andrew McKean
A classic coyote set. Notice the hunter is backed against cover, wearing full camouflage, and has his rifle on a bipod, elevated above the cover.

This is the most common way to attract coyotes. You walk into an area with abundant sign, sit down, blow a call, and shoot a dog. Of course, it’s never that simple, but the idea is to remain undetected and sound so realistic that a curious or hungry coyote or fox will shed its inhibitions and come to you.

Wind and terrain features are the big factors here. You want to enter the area stealthily, using a ridgeline or a gully or timber to hide your approach. Stay as high in the terrain as you can, to maintain visibility over a wide area, and use both good camouflage—including face masks—and shade to melt into the cover. This is a good game for a partner, one of you running the call and the other set up to shoot.

Use either an electronic or a hand call. The advantage to an electronic call, sometimes called an “e-caller,” is that it can mimic the sound of dozens of prey species, ranging from housecats to crows, and because most have remote-control capabilities, you can set the speaker many yards away from your location, misdirecting the laser focus of an incoming coyote. Hand calls can sound more realistic, and you can control the volume and cadence better than you can with an e-caller.

The universal coyote call is a rabbit being tortured. It might be a cottontail or a jackrabbit, but the death wail is the same – a high-pitched scream punctuated by growls and squeaks. Other effective coyote calls mimic deer in pain, mice squeaking, birds squawking, and coyotes howling to either challenge or court another coyote.

Most calling hunters plan to sit at each stand for no longer than 30 minutes. They typically call softly to start, to lure in nearby coyotes, and then escalate the volume and intensity of the calls for several minutes, pausing for a half-minute between to scan for incoming coyotes that might be coming from farther away.

This type of hunting calls for a light, accurate rifle along with a few other essentials:

Photograph Courtesy of FOXPRO Inc.
An electronic call is a huge advantage to a coyote hunter, partly because of the vast library of sounds it generates, partly because you can set it up away from your set-up, and misdirect incoming coyotes.

This type of hunting requires abundant access to good habitat and a road system to get you around. Park in a place where your vehicle isn’t noticeable – in a dip or in cover – and blow your call. If you hear or see a coyote respond, set up to shoot. If you don’t drive on and repeat until you hit a receptive coyote.

Photograph by Andrew McKean
When it all comes together, there are few more hard-won trophies in hunting. Coyotes are smart, have trip-wire senses, and are easily educated, so a coyote in the bag is cause for celebration. And prime fur.

Like trolling for fish, the advantage of this approach is that you can cover a lot of country. The downside is that you may call to coyotes that don’t “bite,” or respond immediately to your calls.

How to Shoot Big Game Accurately at Long Range

Scope Mounting—How to Get it Perfect Every Time

About the Author: Andrew McKean is a longtime outdoor writer and the former editor-in-chief of Outdoor Life. He lives in northeast Montana with his family and yellow Lab. You can follow his adventures on Instagram @aemckean or on Facebook @andrew.mckean.